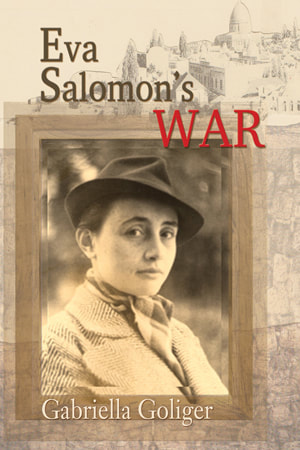 At the age of twelve, Eva Salomon becomes disillusioned about all the “isms” raging through her world. Crushed by her father’s rigid Jewish orthodoxy and by the cruelties of a burgeoning Nazi regime, she renounces all belief systems, and even belief itself. Five years later, when she and her father leave Germany for Palestine, she’s still a skeptic, yet hopeful about a fresh start in an unborn country. But her yearning for unfettered freedom soon puts her at odds with collective pressures in the new-old homeland.

Eva finds love with a man who is anything but “kosher.” Duncan Rees is a British constable in the Palestine Police Force. As a gentile, he’s taboo even in the secular circles of a society forging its new nationalist identity. What’s more, he represents the British Mandate government, a regime seen to increasingly impede Zionist dreams for a Jewish state in the contested country. And so the relationship hits obstacles right from the start.

Set during complex upheaval of Palestine in the 1930s and ’40s, Eva Salomon’s War tells of the struggle to find a faith that doesn’t blind, a love that doesn’t lie and solid human truths in the midst of ideological ferment.