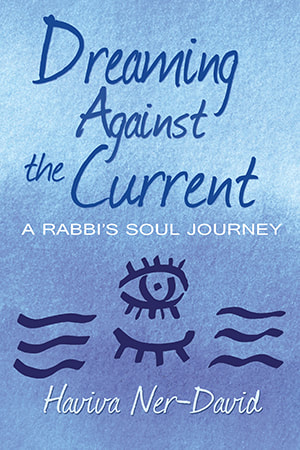 Dreaming Against the Current - epub

The journey begins with Haviva’s religious crisis as a rabbi in Israel during the summer of “Operation Protective Edge” (the Israeli operation in Gaza in 2014), and ends with her interfaith-interspiritual ordination and certification as a spiritual companion, at Riverside Church in NYC. But it also begins with a restrictive childhood growing up in an Orthodox Jewish home in suburban New York, and ends with her skinny dipping on Yom Kippur morning.

Interwoven with her highly personal and profound dream interpretation, Haviva takes us on a deep exploration of her path toward claiming her inner free spirit that had been trying to make herself heard since childhood. She battles anorexia as a teenager; spends years struggling to be ordained as an Orthodox rabbi; dares to evolve while remaining a committed life partner; adopts a child when she already has plenty of biological children; moves to politically complex and highly segregated Israel and raises seven children there with no extended family support. All while living with a degenerative genetic muscular disorder.

Haviva learns that healing our sacred wounds and believing in unconditional universal Divine Love (for ourselves and others) are the most challenging yet the most vital keys to owning and celebrating our most essential and authentic selves.

Dreaming Against the Current will resonate with people searching for their own unique spiritual and general life paths, whether raised in more traditional religious environments and seeking less traditional ways to listen to their souls, or not.