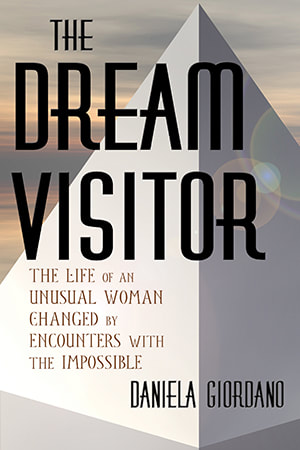 When Daniela Giordano was nineteen years old, she won a beauty contest. It was 1966 and when the judges proclaimed her “Miss Italy” no one was more surprised than Daniela. As Miss Italy, she travelled much of the world. Then as a fresh and pretty face, she found herself cast in over forty movies in the following two decades, during the height of Italian film. But that’s only part of the story—and not even the best part.

Her true interests has always been much more unusual and her acting career—indeed all of the various jobs and experiences she has had in her life—have all been in service to a deeper exploration: an exploration of the unique and unexplained powers of the mind and of humanity’s connection to something far beyond what the eyes can see. She has seen children move things with their minds. She has seen the unexplained flying in the night sky. But her most important encounter was with a dream visitor who gave her a message she can’t ignore and must convey to the world. These are the things that drove Daniela, fueled her curiosity, and led her to reach far beyond what most people expected from a Miss Italy and a some-time actress.