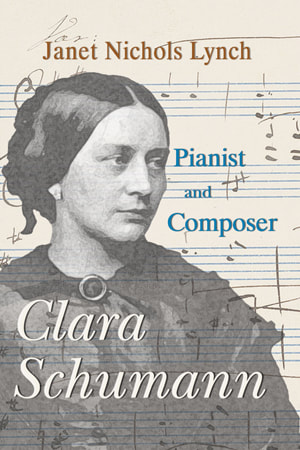 From the moment four-year-old Clara Wieck Schumann heard music coming from her father’s piano store, she wanted to play the piano. She became a child prodigy and made her debut at nine and went on to have the longest concert career of any woman in the nineteenth century. At the age of eighteen, she was named Royal and Imperial Virtuosa–the highest musical honor in Austria.

Clara wanted to do more than entertain, she wanted the audience to feel love, sorrow, joy, and beauty. She achieved this with a new style of playing the piano. She managed to have a sixty-year concert career, marry Robert Schumann and oversee his estate, plus take care of eight children. As a celebrated composer, she wrote a piano concerto, chamber music, songs, pieces for piano, and her most well-known work, the Piano Trio in G Minor.