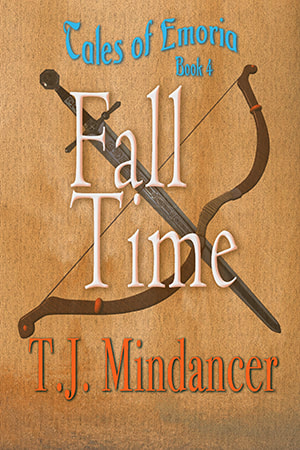 A year has passed since Jame and Tigh battled the wizard Misner and have been welcomed back to Emoria. Jame is having dreams about waterfalls and realizes she is being called home to begin her duties as a princess and to produce an heir.

Of course, nothing is ever easy for Jame and Tigh and they have to go up against a bigoted Tribune before they even have a chance to pack up their home in Ynit. With the help of an honor guard of Emoran warriors and Ynit soldiers, they battle through the worst snowstorms in recent memory on their journey to Emoria.

Before they can settle into their life in Emoria, they find themselves facing a faction led by Ardhat, the Council's chancellor during the Grappian Wars and Nantel, an arbiter who washed out of wizard school. Joined by former Guards, the Emorans, Lukrians, and soldiers of the Federation, Tigh and Jame are forced to engage in one last encounter to save the Southern Territories.