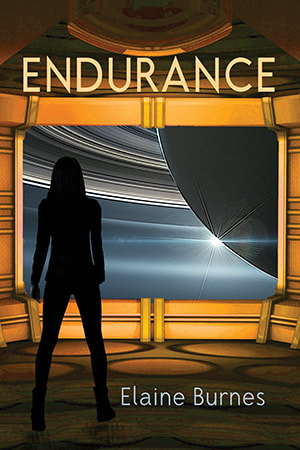 What if you were stranded. On a spaceship. Four light years from Earth. With a hundred tourists. And you are the captain. Then things start to go wrong. Welcome aboard the Endurance. It’ll be the trip of a lifetime.

For five years, Captain Lyn Randall of the Endurance has ferried tourists around the solar system for Omara Tours. Now, as she takes in the rings of Saturn for the last time, she’s looking forward to indulging in simpler pleasures like flying antique airplanes over her childhood home in Montana.

The routine tour becomes anything but when a mysterious phenomenon flings Endurance and two other ships into the Rigil Kentaurus system, four light years from Earth. Stranded, with no way to get back.

Lyn’s first duty is to rescue survivors from the other ships before she faces the most daunting task of her life, much less her career. She has to control her fears and grief to lead an untested crew and panicked guests on a quest for a new home planet or risk a return to their solar system that could kill them all. Unfortunately, Lyn’s past with a clandestine military mission gone wrong doesn’t sit well with some guests and crew members, and they don’t quite trust her.

Diana Squires, rescued from another stranded vessel, grudgingly reveals her identity as the daughter of scientists who researched traversable wormholes. To complicate everything, Lyn develops an affection for Diana, something at odds with her responsibilities as captain and her unhealed grief over her own lost loved ones.

​Feelings aside, suspicions aside, her own doubts about her ability to lead aside, Lyn has to fight to protect her passengers, her ship, and her heart.