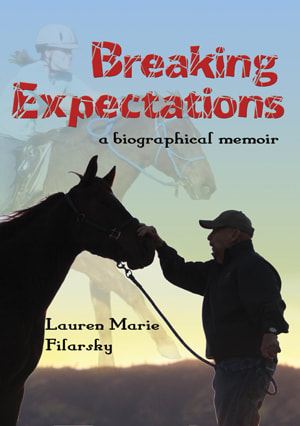 “Bullying is no good,” Roy stated with conviction, as a classroom full of fourth-graders stared at him in rapt attention. “Other kids can be mean. They make fun of you for anything that is different. They call you names and make you feel bad about yourself. And that’s no good. They tell you things that aren’t true, but it still hurts.”

Roy Irwin was institutionalized as a child and bullied throughout his young life because of learning disabilities and a speech impediment. Most people thought that he would never amount to anything. But Roy proved his critics wrong when he learned to read at the age of fifty.

A decade later, Lauren Filarsky got to know Roy Irwin when he fulfilled a life dream by learning to train horses in the round pen on her parents’ ranch. Roy used his accomplishments to inspire hundreds of students to never give up on their dreams. He became an inspirational speaker in the local schools, explaining bullying to kids and helping them deal with bullies. These are Lauren’s memories of her friendship with this remarkable man.