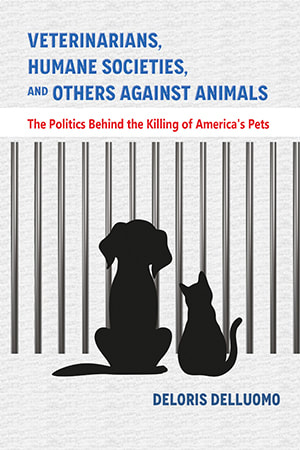 Veterinarians, Humane Societies and Others Against Animals - mobi

SKU: Veterinarians, Humane Societies and Others Against Animals - mobi
$9.99
$9.99
Unavailable
per item

Out of frustration about how strays were being handled in Lawton, Oklahoma, Deloris Delluomo got together a group of like-minded citizens in 1984 and formed The Lawton United Volunteers for Animal Birth Control. Their goal was to spay and neuter pets to reduce to the unwanted pet population instead of euthanasia. When the veterinarians refused to participate in a neuter and spay program, Deloris decided to open a low-cost spay/neuter clinic.

This is the gut-wrenching story of Deloris Delluomo’s thirty-something year struggle to keep her clinic open and spay/neuter message alive against the veterinarian community with its continual refusal to lend professional credibility to address the pet overpopulation and the animal killing insanity in this nation. Her efforts are also hampered by the veterinarian community’s intimidation and harassment of members of the profession who get it and who are willing to join the effort to resolve these issues.

Along the way, Delluomo questions the mentality of a fragmented humane movement, steeped in complacency, almost devoid of innovative thinking, and so incapable of understanding simple mathematics, or the law of supply and demand, as to embrace no-kill shelters (which are, sadly enough, merely delusions) while arguing that mandatory neuter/spay laws are a waste of time.

Finally, she calls for a complete cultural overhaul of the way we think about pets and pet ownership in this country, and an unprecedented restructuring of our laws—or lack of them—governing unlimited pet breeding, which is, after all, the ultimate culprit.