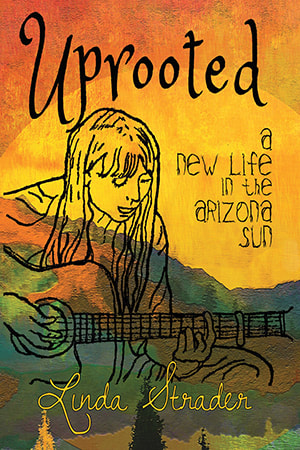 It’s 1972, and seventeen-year-old Linda Strader’s parents do the unthinkable—they move from Syracuse, New York to Prescott, Arizona. At first, Linda is furious and doesn’t want to move. True, life in Syracuse isn’t perfect, but all her friends are there. Then she has a thought: maybe this move won’t be so bad. What if she can make herself into someone new?

Expecting a desert, Linda is surprised to find Prescott surrounded by pine-covered mountains, lush canyons with clear, cold creeks, and best of all, several new friends willing to show it off to her. Her new friends also share her love of music and even provide some romance in her life, although she holds out hope for a boy she had liked in Syracuse who joins the Navy.

When her father begins a new job in Tucson, he moves there until the house in Prescott is sold, taking Linda with him so she can job hunt. She learns about a Forest Service job on Mt. Lemmon and jumps at the chance, realizing the one constant in her life is her love for the outdoors and nature.

In this prequel to Summers of Fire, Linda learns, in her quest for independence, she’s not made for mediocre employment. That fateful move to Prescott sets her off on a career path that not only changes her life forever, but helps open the world of fighting forest fires to women.