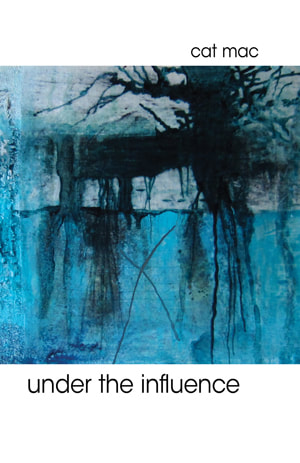 Under the Influence - epub

cat mac’s first collection of poetry, set in Vancouver, B.C. and Mexico, is about a poet growing up in the sixties, grows up in a dysfunctional family, who gets out from under negative influences, comes out as a lesbian, and becomes a healthy, happy poet-singer-songwriter. She received the Milieu Emerging Writer’s Award for under the influence in 2004.

“Reading Under the Influence is like stumbling upon a photograph album that spans six decades. Each sequential “photo” embodies the particular forces that have shaped the poet’s consciousness, concerns, and style. The musicality, oral tradition of story telling, and inventiveness of language found in Portrait of the Artist as a Young Man comes to mind but McNeil holds her reader closer.” — Betsy Warland, Oscar of Between — A Memoir of Identity and Ideas