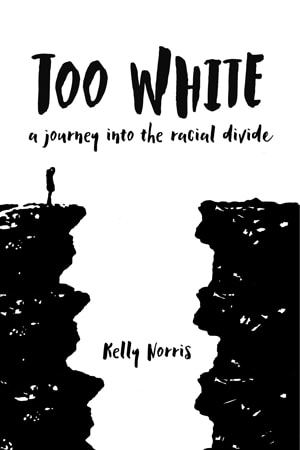 Although scholars have outlined the stages of white identity development, it wasn’t until Kelly Norris was the single mom of a biracial child, teaching in a suburban school where she’d been called a “nigger lover,” that she began seriously considering them. Kelly had long been struggling with identity and race in America, haunted by the question: what does it mean to be white?

Her early attempts to answer this, however, focused primarily on what it meant to be black. Too White is a memoir of a white woman’s journey to explore the racial divide. In this sometimes embarrassing, sometimes painful, but often exhilarating journey, she confronts racism head-on, ultimately forging a positive white, anti-racist identity. Unlike the theoretical body of work on the subject, this memoir offers an intimate, honest look at the motives, struggles, and revelations attending white identity development.