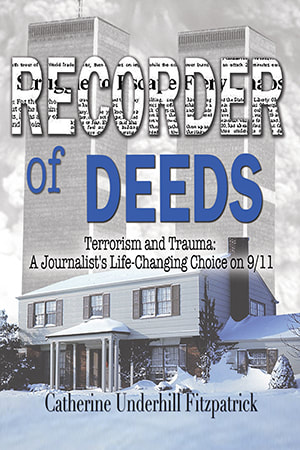 An unflinching account of a journalist who risks everything to report news of terrorism and heroism during one of the darkest days in America.

It’s September, 2001, and Catherine Fitzpatrick is the fashion writer for the Milwaukee Journal Sentinel. One of the perks of her job is to cover Fashion Week in New York City. On the morning of September 11, she’s deciding which celebrity-filled parties to attend and which runway shows to cover that day.

Then American Airlines Flight 11 with ninety-two souls on board slashes into the North Tower of the World Trade Center. All Catherine sees on television is a building on fire. She calls her editor. “There’s a big fire in a tall building here. Think I should cover it?” The editor, watching the same television coverage, responds, “Go.” Then louder, urgently, “Go! GO!”

With that emphatic directive, Catherine’s life changes forever as she rushes toward danger to gather a minute-by-minute, eye-witness account of the 9/11 terrorist attacks. The fallout from that day remains long after the dust and debris are cleared away. Catherine spends the next decade suffering from symptoms of PTSD as she faces the end of her journalism career, the care of aging parents, and siblings as strong-minded and independent as she is.

Recorder of Deeds is Catherine Fitzpatrick’s remarkable account of terrorism and heroism, hope and despair, shame and redemption, PTSD and perseverance.