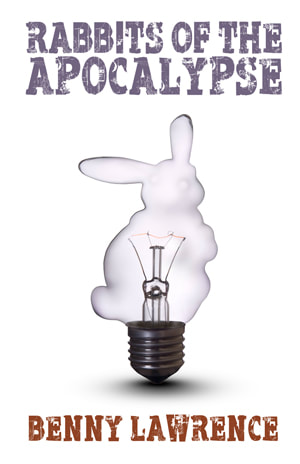 Rabbits of the Apocalypse - epub

In the remote desert town of Lafontaine, Casey Prentice has been trying to survive the endtimes by keeping her head down, refusing to give a damn about anyone except her younger sister Emily and wingman Malice Hiroyama. But that ceases to be an option when a powerful and mysterious entity known as the Anastasian League descends on the town.

Casey uncharacteristically, and unwisely, offers shelter to Pax, one of the League’s escaping prisoners. In doing so, she invites a whole new kind of danger into her life. Because the town of Lafontaine has a secret . . . and if the League discovers it, then the apocalypse will be the least of Casey’s worries.

PRAISE: “Benny Lawrence is brilliant. She writes beautifully, her witticisms are appreciated and her unique take on things is refreshing. She doesn’t think outside of the box, she tears up the box, jumps on it and sets it on fire.”–The Lesbian Review