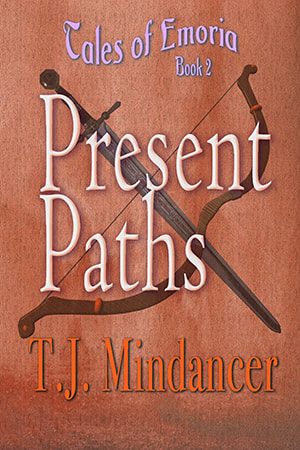 Jame, Emoran princess, and Tigh, former Supreme Commander during the Grappian Wars, settle into their new life as peace arbiter and peace warrior. They travel from town to town arbitrating cases and discover that being an arbiter includes navigating attempts of under-the-table dealings for favorable legal results.

Jame gets her first at-large case in the swamp city of Maymi to help a local bookseller open her shop against the opposition of the major booksellers in the Southern Territories. But the real facts behind the case have nothing to do with selling books and everything to do with generations of corruption that has straggled the local shop owners. Winning this case could solidify Jame's reputation as a wily arbiter, but she's not sure if the danger is too great after she and Tigh receive not-to-subtle threats to their well-being.

Between hero worshipping teenage girls, battling the army of the Silver Dragon, and getting more than they bargained for with Jame’s first major case, Jame and Tigh discover that life on the road is anything but routine. But life has never been routine for Tigh and Jame as each challenge builds the foundation for their new life together.