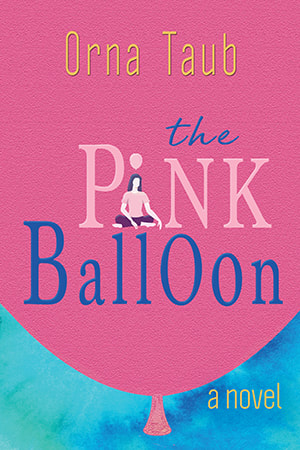 “Everyone needs a pink balloon.”

The pink balloon is a meditation technique Lily’s father taught her as a child, and is the only constant in her life, helping her to navigate between her assumed identities and new names, as she moves to different continents, cultures, and religions.

Lily is born in Venice Beach, California to a Palestinian mother, Minna, and an Israeli father, David. When her parents separate, Minna and Lily go to live with her mother’s family in a conservative Palestinian refugee community, where she becomes Lila and is raised as a Muslim. After Minna dies, David takes her to Israel, where he has built himself a new life in an illegal settlement in the West Bank. Here, she becomes Lia and converts to Judaism.

After she discovers she is expected to get married—an arranged marriage if necessary—Lia runs away to India, the place where she feels her parents’ story, and her own, really began. She creates her own identity and calls herself Leela as she embarks on a journey of discovery, bent on finally finding out who she truly is. As she sheds her old identities to rebuild herself as Leela, the pink balloon takes on a life of its own, guiding her from place to place and from revelation to revelation.