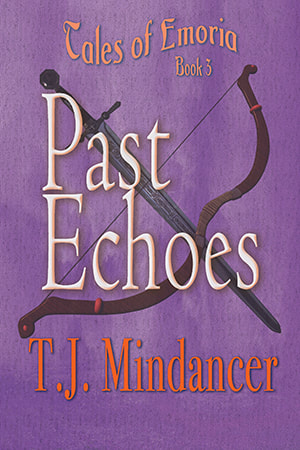 Six years have past since Jame and Tigh's first arbiter-at-large case in Maymi. Jame's reputation for being a clever and wise arbiter brings her more cases than she can handle and Tigh becomes respected as a fair peace warrior.

During their travels, they're confronted by Argis, Jame's old friend from Emoria. Argis brings word that a Wizard is building an army in the mountains and the Emoran Council has determined they need Tigh to help defend against this new menace to their borders.

The Wizard isn't their only challenge. Jame has to convince the Council that Tigh isn't trying to take over the world, and Tigh has to win the respect of the Emorans. But the more immediate concern, can Tigh, with her superior battle strategy, and the best warriors in the Southern Territories muster the forces needed to stop a war?

As always, Jame and Tigh's journey is never easy, as they battle ghosts from their pasts to prevent a mad vengeful Wizard from unleashing the most powerful army the world has ever seen.