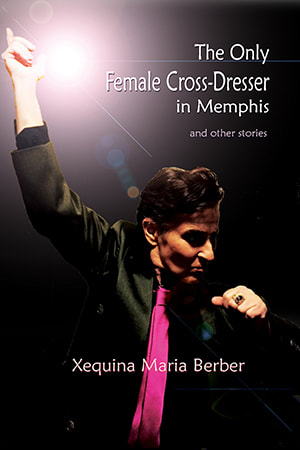 The Only Female Cross-Dresser in Memphis - mobi

Xequina Maria Berber started writing short stories because after coming out to herself she liberated a flood of inventiveness and suddenly had too many stories to tell. Ever since, she’s been on a mission to write about dignified women who are self-accepting and proud to be out.

In her first collection of stories, Xequina mixes fiction and nonfiction into a rich mosaic that elevates characters and settings to legendary and even mythic status. She developed her lesbian story chops by writing stories inspired by the larger than life tales of her partner, while vicariously living the lesbian life she missed out on, mining the rich world of American southern culture.

In the section Lesbians in Magic, Fantasy & the Supernatural, she takes traditional American and English folktales and recasts them by asking “What if the main character had been a lesbian?” or “what would these stories be, if they were told by a woman/lesbian?” Also in this section, legendary figures from Xequina’s own Mexican heritage are retold in haunting atmospheric prose. Xequina ends the book in a section called Memoir—autobiography tinged with a magic realism that saturates all her stories.

This collection is its own mood, its own world, its own travel destination for readers who love to wander through engaging and provocative tales that just may leave an indelible impression on their imaginations.