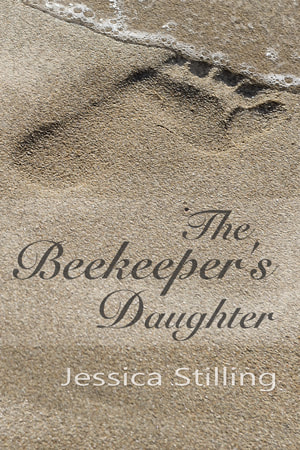 Lorelei Bauer is a modern day woman with a penchant for Sylvia Plath, a woman struggling with the injustices of the fifties with her marriage, her role and status as a poet, her “job” as a mother, and her mental illness.

Lorelei’s own mother suffered from mental illness and when Lorelei learns of her mother’s breakdown and illegal abortion, she goes on a quest to better understand her as a parent. Lorelei soon discovers her life is paralleling Plath’s and she panics about her fate.

During her quest, she meets up with an old friend of her mother’s, Joanne, who gives her a secret, unpublished manuscript that her college friend, Sylvia Plath, sent her before her death. It is a continuation of the story of Esther Greenwood, Plath’s protagonist from The Bell Jar. Lorelei learns many secrets from the Plath manuscript which both hurt her and makes her hopeful for her own future.

PRAISE: “In The Beekeeper’s Daughter, Jessica Stilling deftly intertwines the stories of Lorelei (a writer and teacher recovering from a deep betrayal), her difficult and compelling mother, the poet Sylvia Plath, and a mysterious manuscript, showing how secrets, sorrow, pain, and love in its multiplicity of guises can echo and reverberate. Stilling’s insightful connections, imagery-rich prose, and compassionate exploration of her characters will stay with you long after this novel ends.” — Kate Angus, author of So Late to the Party