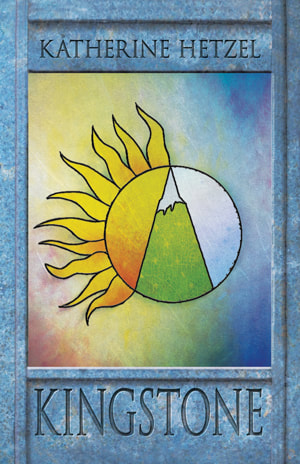 Temple novice Katia wants nothing more than to become a priest in the Temple of the Triple Gods. She tries hard to do the right thing, but she’s on her last chance to convince Elder Sevanya, the King’s Priest, that she can do the job. While she’s belatedly setting up the incense to prove she’s a competent acolyte, Katia overhears the king’s brother plotting to kill the king. She steals the Kingstone to protect it and to deliver it to the true heir with a message: the killer is after him too.

Not knowing who to trust, Katia keeps her mission secret. Her theft of the precious stone puts a price on her head and she disguises herself as a boy to undertake the dangerous journey across sea and land to the true heir’s palace. Doing the right thing just got a lot harder. Will the Triple Gods forgive her?