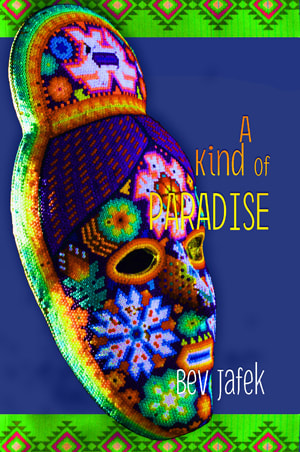 A Kind of Paradise - epub

Jean and Red, librarians in San Francisco and life partners, have traveled the world but found their paradise in a lovely village in Mexico. Young and influenced by 1960s idealism, they decide to build a dream house there in their old age. When they retire in 1993 and begin building the house, they encounter a new Mexico filled with political corruption, police brutality and violence against women. A serial murderer is loose in the village, inspiring Red and Jean to attempt arming and defending the women of Mexico.

This complex and exciting literary thriller brings many perspectives to the reader: the changing roles of men and women in Mexico, the violence of third-world men, the endemic political corruption of the wealthy ruling class and its hit men, the ancient Indian cosmos and its fiestas, the world of Mexican brujos and their magical powers. Moving from palaces of the wealthy to the huts of brujos to the most criminal haunts of Mexico today, the novel challenges the power of Red and Jean’s feminism and first-world liberalism.

For them, however, the effort is harrowing: can they save the village women? Will they even get out alive?