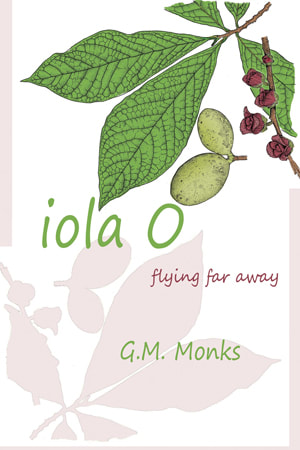 Iola Boggs escapes a small-minded village and is proud that she becomes a non-combat pilot during World War II. Iola meets Jim Lewis, who never served in the war but contributed in his own way to the war effort. They marry in post-war Philadelphia and raise a family against the backdrop of the paranoid era of Joseph McCarthy. Their differences plus a need for fulfillment propels them away from each other. Illicit liaisons and grief bring them life-changing insights. Part historical, part family saga, Iola’s story is of resilience, diversity, and self-discovery.

PRAISE: “Life just happens throughout much of this extremely well-written novel told in short chapters in staccato-like stream-of-consciousness thinking/dialogue, alternating between Jim and Iola’s point-of-view. Monks has an acerbic wit and is unflinching in her portrayal of these deeply flawed individuals (and their observations of others) who love each other in their own way.” — Historical Novel Society