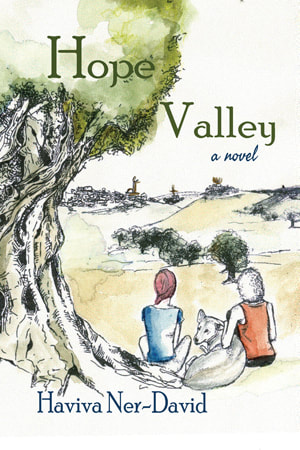 Set against the backdrop of the Galilee in Northern Israel right before the 2nd Intifada in the year 2000, Hope Valley is the story of two women, one Jewish-Israeli and one Palestinian-Israeli, who come together to form the unlikeliest of friendships. Tikvah, a fifty-two-year old artist originally from Long Island, is the daughter of Holocaust survivors and was raised in a loveless and lifeless household. Ruby, a world-renowned Palestinian-Israeli artist, has come home to her childhood village from a life abroad to be treated for her worsening cancer.

While the valley itself separates the segregated villages in which the two women live, this physical divide is symbolic of something much greater—the political enmity that has defined the history of two nations in this troubled land and which has led to parallel cultures with little meaningful interaction between them.

Tikvah’s and Ruby’s stories are about both the strength and fragility of family ties, the power that trauma and fear has in shaping our lives, the vicissitudes of marriage and the glorious meaning of friendship. Their lives tap into the primal need for connection, as well as the rich and transformative bonds that can be formed from serendipitous encounters.

PRAISE: “If you’re an Israeli or Palestinian, I recommend the book because perhaps a little bit of the hope will rub off on you too. If you don’t directly have a stake in this particular struggle, I recommend the book both because it’s a good story, and because it can help you gain insight into the complexities surrounding the seemingly intractable struggle between Israelis and Palestinians.” — Review, The Neshamah Center