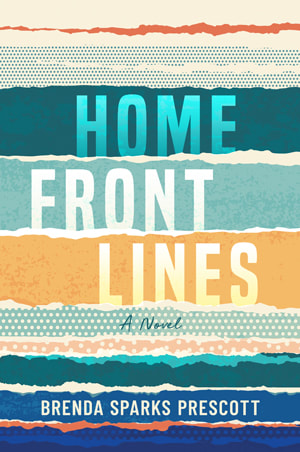 It’s 1962. Betty Ann Johnson is an African American military spouse on an Air Force base outside Washington, DC. Sisters Lola, Chita, and Rosita are the proud keepers of the Montero name in Matanzas, Cuba.

Betty Ann gets wind that military preparations are ramping up for something more than just practice drills. Fearing that the Soviet presence in Cuba has become a tangible threat, she and a small band of military spouses, without telling their husbands, put together an evacuation plan for their children. At the same time in Cuba, Lola is asked to cook for the Soviet soldiers amassing there and accidentally witnesses a Soviet missile installation. She tells her sisters, and they devise a way to send their children to Florida on a boat, while keeping this plan from their husbands.

Betty Ann Johnson and the Montero sisters may be on opposite sides of a life-threatening conflict, but they share the same heart when it comes to protecting their children.

PRAISE: “Through psychologically complex characters facing a charged, historical moment, Brenda Sparks Prescott vividly exposes our competing allegiances to country, family, truth, desire, and our evolving visions of ourselves.” — Helen Elaine Lee, author of Water Marked and The Serpent’s Gift and Director of MIT’s Program in Women’s and Gender Studies