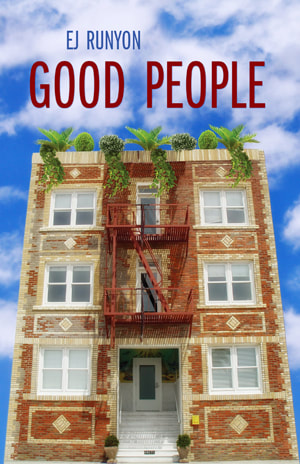 Bernie is a battered wife, escaping her husband Carlos for the summer. Meg is a writer and pre-op transgender woman, dealing with father issues, and sharing her place with Baby, another woman on the edge.

Bernie faces her close-knit family’s disapproval that she’s brought her abuse out into the open by this flagrant, trial summer separation. Meg confronts the issues of her own absent father, who is now terminally ill, and her younger sister’s dark history, which weighs heavier on her than the final stages of her upcoming transition. Bernie’s only champion is Carlos’s cousin Gloria, who offers to help and to visit Bernie in Hollywood, in spite of at first calling all Bernie’s new neighbors freaks.

Relations come in all kinds of configurations–what we accept from some, what we must refuse from others, and how we recognize those who earn the right to be called family.

Sold out
Add to Cart