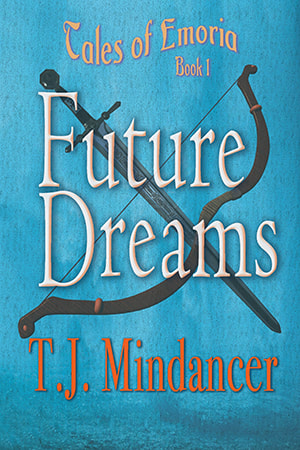 When Jamelin Ketlas, an Emoran Princess, goes to Ynit to train as a peace arbiter, the Grappian Wars had ended and the Southern Territories is finally at peace. To win the war, the Federation had enhanced young women into intelligent, ruthless warriors with the single purpose of fighting. These enhanced Guards fled after the Wars to avoid rehabilitation that allowed them to be safe for society again.

As hundreds of Guards are being captured and brought back to Ynit, Jame, along with her fellow student arbiters are enlisted to argue their cases through each step of the rehabilitation process. One evening Jame pauses as a wagon with a captured Guard rumbles past and sees in a split moment a glint of humanity in the Guard's wild, threatening eyes. She realizes the former Supreme Commander, Tigh the Terrible, is in custody.

None of the arbiters want to take on Tigh the Terrible's case because she not only terrifies them but they think she's a hopeless cause. Jame, remembering that hint of humanity, defies her queen's wishes, and begs for the chance to argue for Tigh's rehabilitation.

As Jame fights for Tigh's rehabilitation, she's also battling her changing feelings for her childhood sweetheart and the pressure to return home. Tigh feels she can't return to her life before the Wars. They become kindred spirits in their struggles against family and societal expectations. Will they be able to break from their inherited paths and achieve their dream of a future together?